Our Kickstarter campaign was a mixed success. Crowdfunding is no longer so much about physical products, and in particular not about furniture. Our campaign was thus also a modest success when it comes to revenue, but in relation to product development, it meant – among other things – that we were able to launch a couple of our products in the Wave Series. And the small mental vitamin injection led to the completion of the F-Chair that will be launched at the BOLIG-MAD-DESIGN fair in Forum October 22-24, 2021.

CUSTOMER-CO-CREATION (CCC) IS THE NEW BLACK

The most interesting outcome of the Kickstarter campaign, however, was that some of our new customers asked for a new version of the X-Chair. Thus, several wanted a version very reminiscent of our recently discontinued version of the chair, produced in birch veneer. This version was discontinued because it did not live up to our strict quality requirements. The desire for a light/white-wood version, however, set in motion a version in white stained oak, which we are so happy about that it is now included in the range. In fact not only in the CCC-version with black flag cords, but also in a new version with cords in nature (beige).

See the new chairs here or Go to the shop directly to order yours. 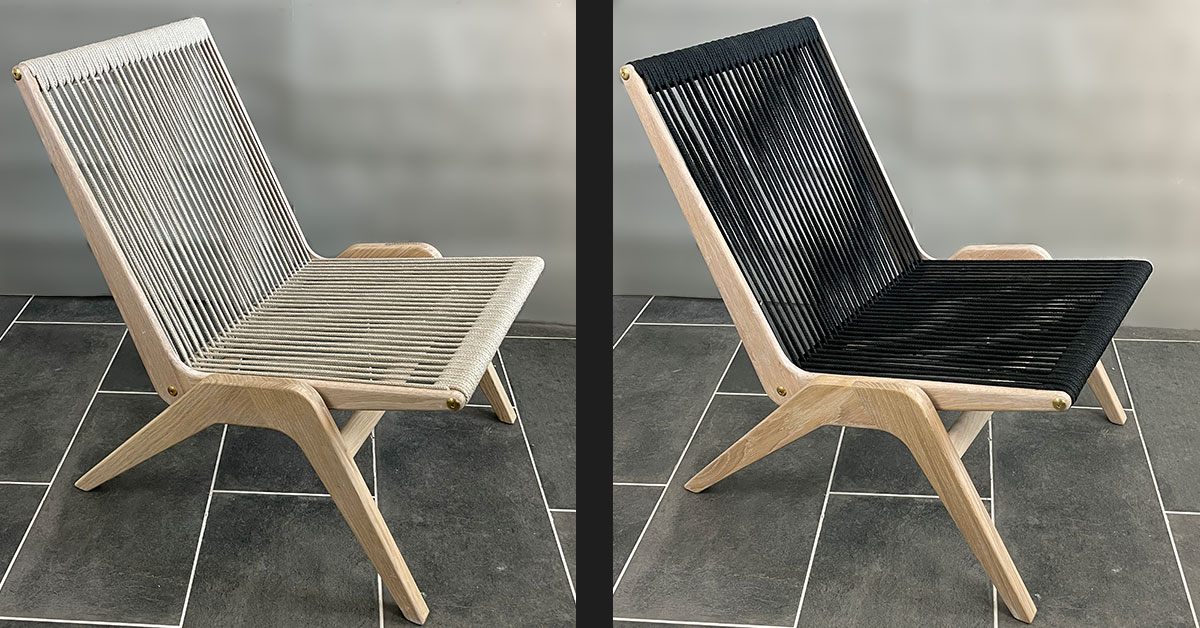